GRIMSBY, Ontario—June 24, 2015—Cimcorp, a manufacturer and integrator of turnkey robotic gantry-based order fulfillment and tire handling solutions, announces that it has secured a $33.5 million (approx. 30 million euros) order – the biggest in its history – from Chinese tire manufacturer, Qingdao Sentury Tire Co Ltd, to deliver a turnkey material handling solution at […]

MIAMI, FL — (June 18, 2015) — Building a robot is fun and exciting – just ask any STEM-literate [science, technology, engineering and math education] student or hobbyist. The DIY tech industry is fast-growing, as consumers take more interest in designing and building their own robots. Recognizing the growth potential in the DIY robotics and […] 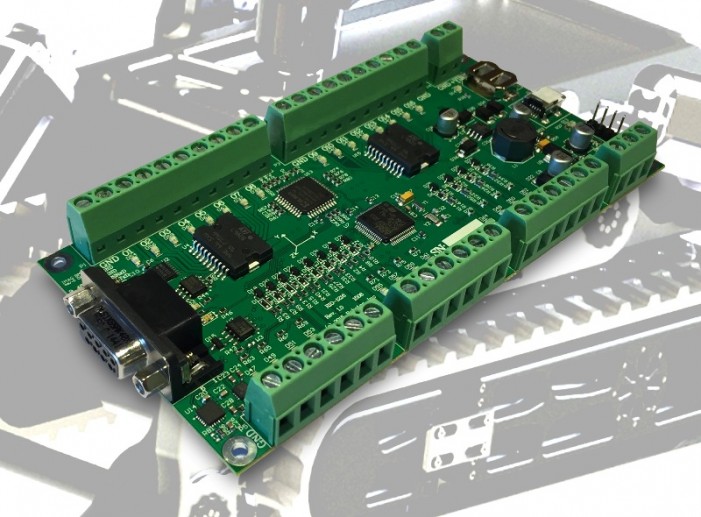 Scottsdale, AZ, June 2, 2015 – Roboteq, Inc (www.roboteq.com) introduces an intelligent I/O expansion card, with an optional Inertial Measurement Unit (IMU – also known as an AHRS – Attitude and Heading Reference System). The card is intended for use in robotics navigation, unmanned vehicles, machine control, industrial automation and any other applications that need […]

Mooreland Partners Advises Universal Robots On Its Sale To Teradyne

NEW YORK CITY and LONDON – MAY 13, 2015 – Mooreland Partners (http://www.moorelandpartners.com) the leading independent investment bank providing M&A and private capital advisory services to the global technology industry, today announced that it acted as the exclusive financial advisor to Universal Robots on its sale to Teradyne for $285 million net of cash acquired, plus a further $65 million if certain […]

Innovators offered chance to develop their ideas with ABB Robotics

London, U.K. – 7 May 2015 – You live and learn, but robots do neither. Are you the one to change that? Innovation platform The IdeaHub is recruiting robotics innovators worldwide to take up a unique opportunity to pitch their ideas to world leading industrial robotics manufacturer, ABB Robotics.   The IdeaHub connects innovators […] 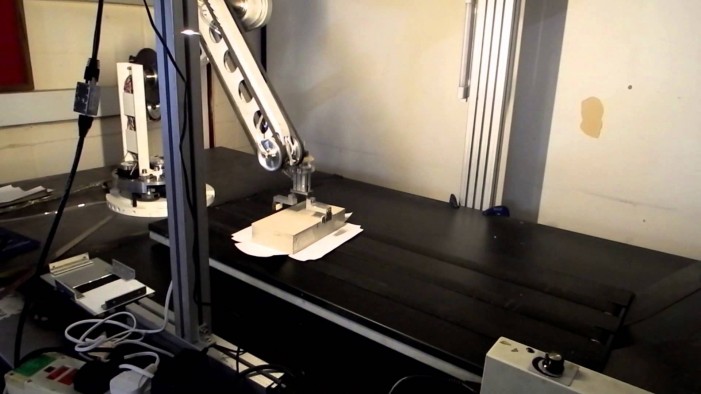 PRINCETON, NJ – -May 4, 2015 – – ST Robotics announced today the availability of their new low cost vision system compatible with the full range of ST-Robotics’ arms and controller. ST Robotics offers an excellent, low-priced, yet highly accurate vision system that can measure to 0.1mm and send precise coordinates of an object to […]

Stephen Sanders, Director of Remote Handling consultancy, Oxford Technologies, took the opportunity to try out the latest ESA exoskeleton for himself when he attended a recent ESA presentation in the Netherlands. The technology was later demonstrated on BBC Stargazing Live, by presenter Dallas Campbell who remotely, and in real-time, controlled a haptic manipulator arm, live […]

Robots on campus help students and staff increase productivity between classes Calgary, AB (April 1, 2015) — SAIT Polytechnic has taken steps to ensure students and staff can safely navigate around campus without looking up from their cell phones and other devices. The Walk-a-Bot program began as a pilot project last month with six robots […]

« Previous 1 … 9 10 11 12 13 Next »
We welcome your quality content in this category and will consider to publish your post, although we can not promise. Please email your content to us here.