By recepeken on October 27, 2012 Various  ·  Comments Off on Peratech presented with award by NASA 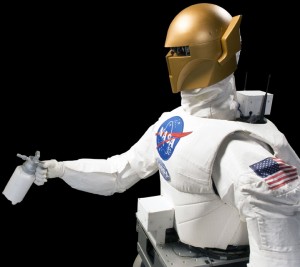 RICHMOND, North Yorks, England – 15 October 2012. Peratech, the innovator in touch technology, has been presented with a Tech Brief Award by NASA in recognition for its contribution of QTC™ technology that was used to provide fingertip sensitivity for the Robonaut. This is a human shaped robot with a metal torso and two arms with dextrous, human-like hands to give it the versatility to perform a wide variety of different tasks in the challenging conditions of space — 24/7, 365 days a year.

David Lussey, founder and CTO of Peratech, said, “The Robonaut was designed to be deployed in space missions. NASA chose our Quantum Tunnelling Composite technology for the robotic finger sensors as it provided really sensitive feedback – as good as a human hand — and was tough enough to withstand the rigours of space. Our QTC sensors enabled the Robonaut to work out how hard it was gripping something and where the fingers were gripping it. The sensors worked so well that NASA has given us an Award.” http://robonaut.jsc.nasa.gov/R1/media/videos/videos.asp
QTC material is pressure sensitive and changes its electrical resistance when a force is applied. Tiny conductive particles within the composite material are brought closer together when a force is applied and this enables a current to flow because electrons leap from one particle to the next using an effect called quantum tunnelling – no physical contact occurs between the particles. By adjusting the formulation and manufacture of the QTC material, it can be made with whatever level of responsiveness is required. As there is no air gap within the sensor, it is not affected by being in the vacuum of space. The composite material was also carefully selected so that changes in temperature did not cause it to swell and contract which would have created false readings. The sensors were designed with no start resistance so that without pressure, the sensors draw no power and pass no current, which is important as power is at a premium in space. 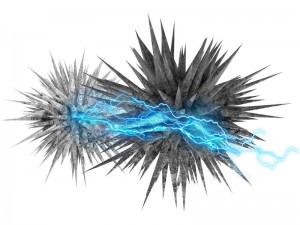 “Because our switches are solid state and so robust, we are also supplying to the many other robot projects and major industrial partners for their next generation of products as they are so reliable,” added David Lussey. “There is nothing to wear out, no air gap that can be contaminated by dust or sand or liquids, so the MTBF is much greater than conventional alternatives – something that NASA appreciated as service calls in space are expensive.”
About Peratech
Peratech is the inventor and world leader in Quantum Tunnelling Composite technology.   Already widely used in robotics and defence, Peratech commercialised its QTC technology at the beginning of 2006 and is currently working with a number of key technology clients who are implementing QTC sensing technology within their own products.
QTC materials give enormous flexibility in the design, shape, thickness and style of a switch or pressure sensor and can be made in a range of elastomeric forms, including coatings and inks (down to thicknesses of 10 microns), ‘bulk’ silicone or rubber and textile forms. Peratech pioneered the creation of electronic switches made from textiles as early as 2001. QTC has been recognised through numerous International awards and accolades.
QTC materials have been used by organisations such as NASA, ILC Dover, Samsung EM, Shadow Robotics and numerous other companies worldwide. Peratech also owns SOFTswitch™ the pioneering creator of textile switching and Eleksen™, the world leader in touch sensitive interactive textiles for electronics interface design. Further information is available from www.peratech.com
For further information, please contact
Peratech Limited, Old Repeater Station, Brompton-on-Swale, North Yorkshire, DL10 7JH United Kingdom. Tel: +44 (0) 8700 727272 Fax: +44 (0) 8700 727273 Email: info@peratech.com www.peratech.com
Nigel Robson, Vortex PR, Island House, Forest Road, Forest, Guernsey, GY8 0AB United Kingdom. Tel: +44 (0) 1481 233080 Email: nigel@vortexpr.com
QTC, QTC Clear, SOFTswitch and Eleksen are trademarks of Peratech.