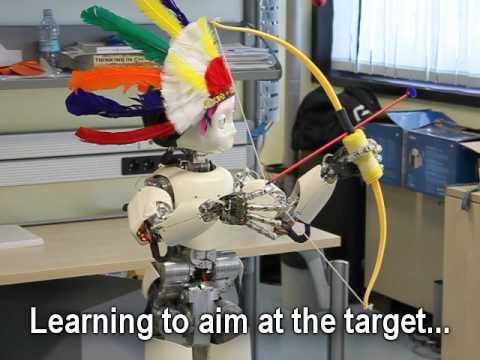 Developers of I-Cub have this time taught the robot how to shoot arrows. The robot learned to hit the target which was 3.5 meters away in eight tries. The ARCHER (Augmented Reward Chained Regression) algorithm is used to coordinate the movement of the hands, when it received feedback from its image sensors. An inverse kinematics […]