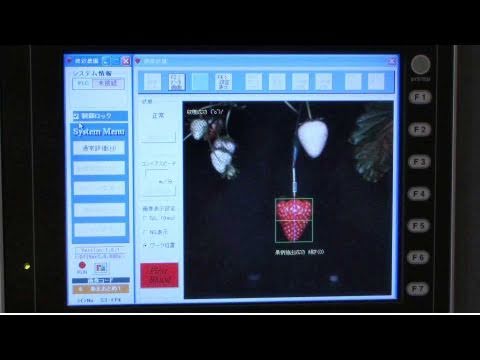 In Japan the engineers developed an agricultural robot that could help farmers in picking fruits. The robot first determines the position, and then evaluates if the color of the strawberry is at least 80% red. After that it proceeds to pick up the fruit and places it into its storage. Currently the robot is being […]

Japanese company Fuji Heavy Industries has developed a robot that can perform farming tasks autonomously. The robot runs on gas. It is about 6.5 feet (apprx. 2 meters) long and 1 meter high. The navigation is done by laser signals, which robot uses to determine its distance to reflective plates – which are placed in […]

The biggest cost in agriculture is the manual labor today. Recently a research project has started by the Carnegie Mellon University under the funding of Department of Agriculture totaling up to $10 million, in order to develop robotic vehicles that are able to pick the fruits, but the abilities of the machine will not be […]