Nao Robot in educational use

As in any field we can think of, robots are slowly but surely gaining their place in our classrooms too. Use of robots in classrooms has benefits for many reasons. First of all, it is a very effective way of introducing students to mathematics, engineering and science, in addition to Robotics, which can be considered […] 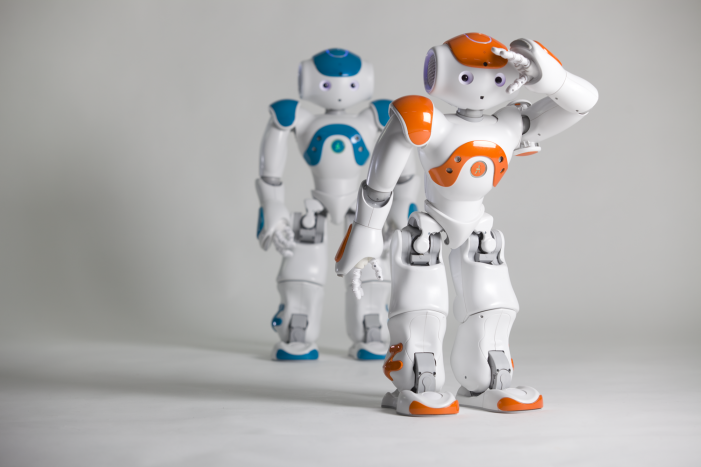 Manufactured by Aldebaran Robotics of France, Nao Humanoid Robot has been widely used in robot competitions as well as by research institutions. The 23 inch high robot has sensors such as cameras, sonars, accelerometers, microphones, which enables it to do amazingly human movements. Now its makers gave it the ability to autonomously find its recharge […]

Paris, France, September 9st, 2008. The French start-up Gostai (www.gostai.com) and Aldebaran Robotics (www.aldebaran-robotics.com) announce that the Nao robot will be equipped with the latest version of Gostai Urbi universal software platform to offer an extra programming interface. NAO is the current most evolved humanoid robot available on the market and is already shipping to […]