This software used in this robot allows it to avoid obstacles in 3D. Although obstacle avoidance is nothing new, performing in 3D and with this complexity requires a lot more sophistication than a simple 2 dimensional obstacle avoiding robot. Besides this robot is able to move so quickly that can be a lot more beneficial […] 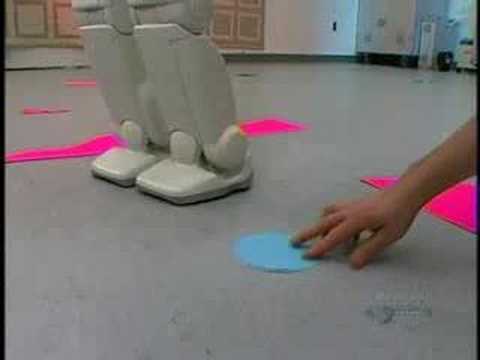 Autonomous navigation is one of the most challenging parts of building a robot and especially, if it is a humanoid robot you are dealing with, things easily get much more difficult. Of course, real world conditions involve changing environments as well. Researchers at Carnegie Mellon University, were able to come up with an algorithm that […]

Robot ask directions to humans to find its destination

The ACE robot created by technical university of Munich recently demonstrated that it could find its own way through a city just by asking directions from humans.The robot did not have any GPS or map of the city installed and relied solely on the input it got from the city residents. It had to ask […]

British Scientists have created a robot navigation system that is based on visual recognition of a set of different objects in a particular scene,which enables the navigating robot recognize the location if it has been visited before. The robot does this by assigning a definitive description to the scene which consists of 1000 words, every […]