Here is a pool playing robot that uses an overhead camera and humanoid arms. It calculates the possible moves by weighing them according to its difficulty. The robot can make successful hits as much as five times in a row, which is difficult even for a good player. 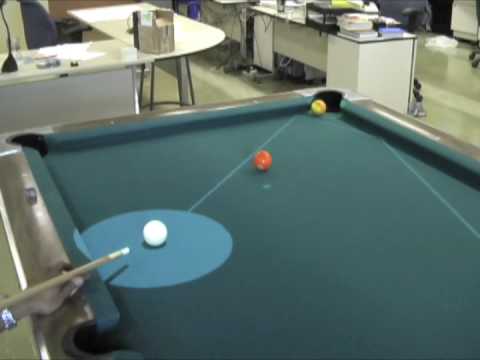 Students at Queen’s University of Canada, have been developing a pool playing robot since three years, using standard off the shelf components, and the robot is already able to play better than amateur level human players. The team also developed an “augmented reality” mode, which projects the possible trajectory of the balls by using a […]