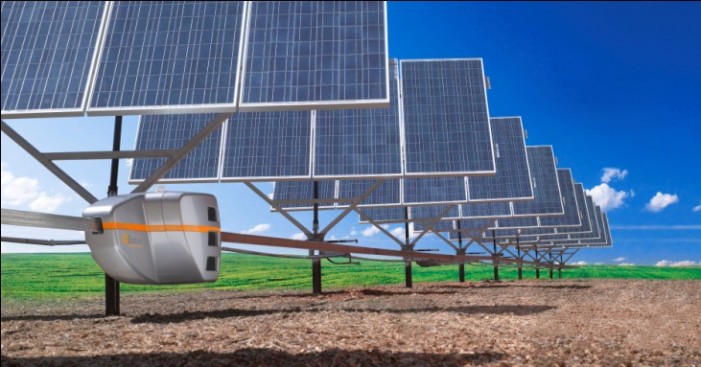 One of the major problems with solar farms is that the static nature of panels cause a portion of the sunlight to be captured at less than optimum angles thereby reducing the output of the Solar Plant. Robotic Solar Panel tracking system manufactured by Qbotix is an autonomous and dynamic system designed to maximize Solar […]

To be able to fly for prolonged periods is a major requirement for unmanned aerial vehicles. Most of these vehicles, which are also commonly called â€œdronesâ€ are finding use in military applications but there are many civilian uses as well. One of the main obstacles for flying long periods is the supply of power. Using […]

The new robotic Lawnmower introduced by Husqvarna is able to cut lawns and return to its charging station by itself. Taking advantage of its solar panels, it can move 1300 sf per hour and can run 90 minutes on one charge. For more please click here.