METU Robotics Days, which first took place in 2002 and became “international” in its 5th year, will host lots of robot enthusiasts on March 9th  and 10th, 2013.

METU Robotics Society aims to bring together different technological views from different countries. With this goal in mind, the society invited hundreds of guests to the event, which gets bigger every year.

The competition categories are as follows:

and Search & Rescue (It will be set up for the first time this year.) 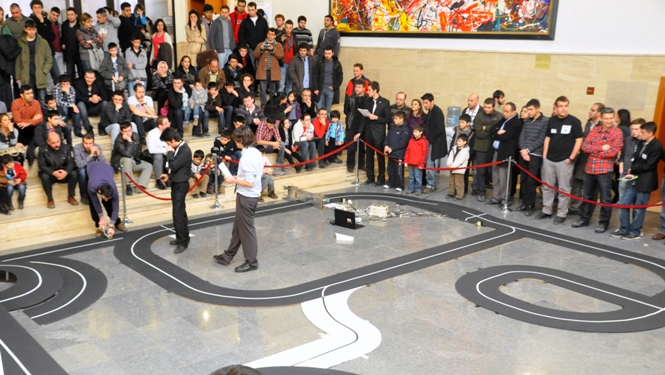 On Saturday evening (March,9) there will be a cocktail in order to bring robot enthusiasts, teachers, professors and Aselsan (largest manufacturer of defense electronics in Turkey) officers together, during which several speakers will share their views and talk about different topics in robotics and improvements in technology.

“We will be at METU Culture and Convention Center on March 9,10 and looking forward to see you.” the group members are saying…