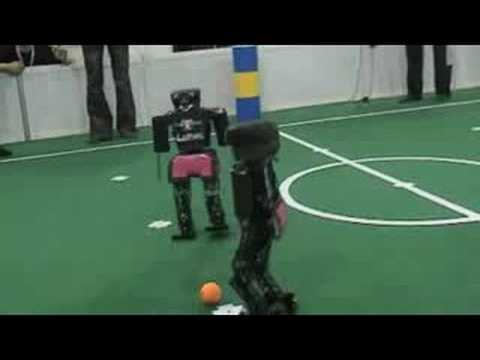 One of the largest robotics competition, Robocup, took place in Graz, Austria, on June 2009 and lasted 5 days. This years event was organized by Graz University of technology. 408 teams, approximately 2000 robots and 2300 humans participated in the event. The main areas of competition were soccer, dancing and domestic chores. The current platform […]

RoboCup 2009 will be held in Graz, Austria

The RoboCup is an international initiative to foster and promote education, development and research in robotics and Artificial Intelligence. The idea of RoboCup is to define an ambitious long-term goal in order to stimulate the development of Science and Technology. The vision of RoboCup is “By the year 2050, develop a team of fully autonomous […]