By admin on September 24, 2012 Domestic / Industrial  ·  Comments Off on Investing in Telepresence robots 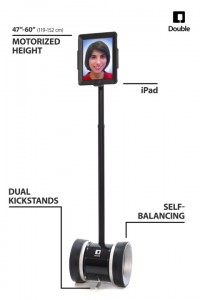 A New York – US based firm, Grishin Robotics, which is known for its invetments in different types of Robotics firms, has just announced its latest investment deal a couple days ago, in the firm called Double Robotics, which builds telepresence robots. The most apparent things about the telepresence robots by Double Robitcs are, its price, which is currently $1,999 at a preorder price, and its lightweight and simple design. The robot is designed to work immediately upon removal from the box, without any assembly requirements, and uses iPad as platform of operation.

Currently 600 robots have been preordered, from around the world. The orders will start to be delivered by January of 2013.

The new investment money, which is in the amount of $250,000 will primarily be used on bringing the manufacturing of the robot to a larger scale, hiring new engineers and product development.

Telepresence robots, which is one of the most widely used consumer robot types, can be used for teleconferencing, security surveillance, tours, healthcare, presentations and more…. 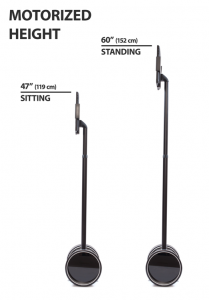 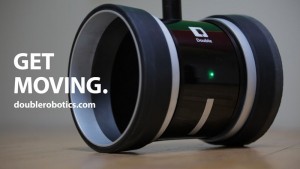 Investing in Telepresence robots added by admin on September 24, 2012
View all posts by admin →