By admin on May 12, 2012 Military / Medical / Vehicles  ·  Comments Off on Recon Robotics delivers Scout Robots to Law Enforcement

EDINA, Minn. – (May 2, 2012) ReconRobotics, Inc. announced today that the Metropolitan Washington Council of Governments (MWCOG) has purchased and taken delivery of 13 Recon Scout® XT micro-robot kits, which it has distributed to pre-designated Type 1 tactical teams throughout the Washington DC area. MWCOG purchased the tactical reconnaissance robots using grant funds from the Urban Areas Security Initiative, which were awarded to MWCOG in 2011. Area tactical and special operations teams will use the throwable micro-robot systems during high-risk tactical and counterterrorism operations to gain improved situational awareness and greater standoff distance. Teams from the following law enforcement agencies have already received their robots and are integrating them into their training operations: 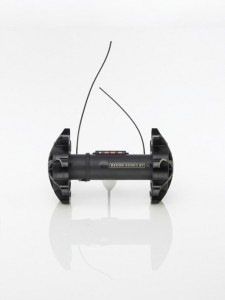 “These robot systems will help protect the lives of tactical operators and enable us to resolve dangerous situations much more quickly,” says Lt. Chris Cochrane, the Tactical Subcommittee Chairman for MWCOG, and a commander of the Fairfax County Special Operations Team. “Through the cooperative service agreements that we have in place, we can now ensure that these robots will be available to assist all of the tactical teams in the Metropolitan Washington Council of Governments region.”

“We are honored to play a role in protecting the lives of tactical operators and counterterrorism personnel in our nation’s capitol and the surrounding area,” says Aimee Barmore, Director of Law Enforcement Programs for ReconRobotics. “With more than 400 tactical customers, worldwide, and nearly 2,000 robots deployed with our troops in Afghanistan, we know this battle-proven micro-robot system will be a game changer for the MWCOG SWAT and special operations teams.”

The 1.2-lb (540g) Recon Scout XT micro-robot is deployed during high-risk operations involving surveillance, barricaded subjects, hostage situations and narcotics raids to provide situational awareness and standoff distance to tactical operators. The XT can be thrown up to 120 feet (36m) and can see in complete darkness. Once deployed, operators can direct the ultra-quiet robot to move through an environment and transmit video reconnaissance through walls and doors to a small, handheld operator control unit. This capability can reveal the location of armed subjects, the condition of hostages and the layout of rooms – all of which is critical to planning and executing the tactical operation.

ReconRobotics is the world leader in tactical, micro-robot systems. The company’s Recon Scout® micro-robot systems save lives by providing immediate situational awareness and greater standoff distance to warfighters and law enforcement personnel. These capabilities protect personnel from hidden threats, enhance mission planning and execution, and minimize collateral damage. The company was formed in 2006 to commercialize robotics technology developed at the University of Minnesota Distributed Robotics Laboratory under funding from the Defense Advanced Research Projects Agency (DARPA). ReconRobotics is based in Edina, Minnesota, USA and markets its products through a distribution network in 33 countries.

Recon Robotics delivers Scout Robots to Law Enforcement added by admin on May 12, 2012
View all posts by admin →